$5 for 15 pieces Chicken, Pork or Vege Dumplings at Dumpling Hut in Kogarah

Dumpling Hut, a new dumpling eatery recently opened in Kogarah, Nepali dense Sydney suburb, is offering a discounted price for dumplings or MOMOs. Andrew Huang of the eatery said NepaliPage, the newly opened store would offer 15 dumplings as one plate only for $5 for dumpling lovers. The attractive price is a promotional offer for this February only and applies one per order per person. But, the eatery plans to keep dumpling price reasonable. 10 dumplings set is considered as one plate MOMO typically, and many believe 16 dollars bill is quite expensive, what many restaurants priced in their menu. Suraj, a Nepalese international student living Auburn, Nepali dense suburb says, ’the price range for MOMOs is between 16 to 18, which is expensive if you compare with similar fast-food deals available in the market.’ 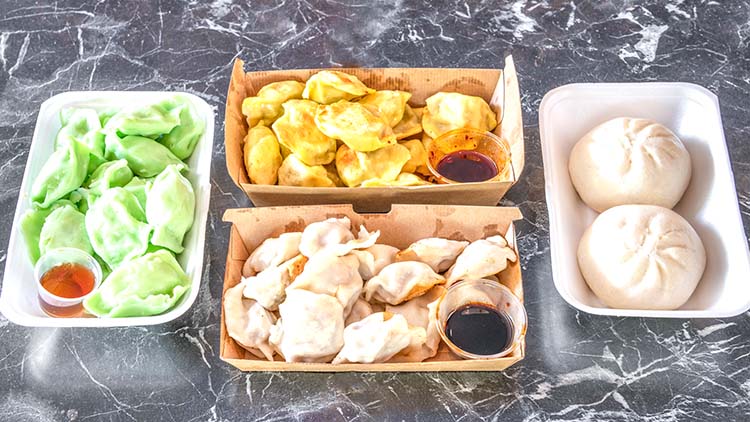 Nepalese dumpling ‘MOMO’ seems going popular beyond the Australian Nepali community. As many Indian and other Asian restaurants in Australia started including MOMO as part of their menu. Though many options available, a Nepali always prefers MOMO, though they need to pay a bit more than other international fast-food items. Hot dumplings with spicy sauce and coke were not only popular back days but accepted an excellent combination. But, none of MOMO focused restaurants offering such deals. Andrew Huang of Dumpling Hut says he has the plan to introduce deals similar to popular burger deals of international franchises in the market, focusing the Nepalese community.

To get this offer, please go to the store and send a text ‘Dumplinghut’ to the given number at the storefront. Dumpling Hut is at Shop 5, 13 Belgrave St Kogarah (right beside Kogarah Library)

This piece of writing is corporate. NepaliPage is an advertisement partner for the business but receives no commission for the sale.