Shortly after the announcement of Sydney train strike, various companies are instructing their workers to stay at home during the strike planned out on the 29th of January, 2018. The day will be the first day back after Australia Day and is expected to see “shut down” of train transportation.

ANZ and Westpac are among the companies that have urged their workers to stay at home on the shut-down day as more than 9000 Sydney train workers will be on strike, demanding for better working systems and fair wages. As per the demands, workers want an annual pay increase of six percent spread over four years, although the NSW government has agreed to only 2.5 percent. 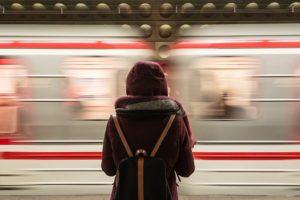 The railway workers have already begun with their protest by wearing unicorn shirts to work as a sign of protest. There was a meeting held between Sydney Trains management and transport unions yesterday which was described as “constructive” on both sides.

Speaking on the meeting held, Unions NSW Mark Morey said, “Today we made significant progress but there are still a significant amount of issues”, indicating that there might be the possibility of reaching a common solution in future. However, according to the statement made by Rail, Tram, and Bus Union NSW Secretary Alex Claassens, the strike is also on the table and they will be going ahead with it. This indicates that on one hand where some points were discussed, the pay increase is still not presented.

Further to the strike planned on 29th January, the Sydney trains have also “war-gamed” another crisis plan if the overtime ban is not implemented until coming Thursday. This means that more than 500 services will be stopped. The new timetables that have been presented rely fully on workers doing overtime to work properly and hence this issue becomes critical.

A fun loving gal set in her own ways. Embarking on a journey to make a name. Write such that someone else can write about you! Cheers!
@ratan_sugandh
Previous Murder-Suicide Case Involving Nepalese 33yo Chef and British Backpacker GF Shocks Sydney
Next NAATI CCL Nepali gives five bonus points toward Permanent Residency