Holi, a festival full of colors to mark a new beginning by letting go of past differences. To celebrate the same, a group of Nepalese organizers organized a meet in the nearby park at Bicentennial Park, Rockdale. However, what should have been a series of festivities ended up annoying the locals as people left the park littered all around with garbage and debris. The organizers of the event have been slammed by Bayside mayor Bill Saravinovski.

On the occasion of Annual Clean Up Australia Day organized by the local government, thousands of volunteers had gathered in the park to make the local area clean. It was then that they were greeted by the heavily littered Bicentennial Park. The park was left looking like “the old Temple Tip”. The Rockdale council received a lot of complaints following this.

The locals also took to social media to show their anger and disappointment. Some of the posts read, “there was more garbage than grass in the park”. People who arrived at the park were very angry as some of them came with their children to the sight of play swings heavily littered, trash heaps on kids play equipment and more. 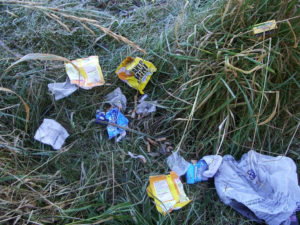 A day back, Holi was celebrated at the park by a Nepalese group but later only a few from the organizers came to clean the area. Upon arrival, the council stated that the place hasn’t been cleaned properly and hence issued a fine after which the organizers left without cleaning. Local people of the area have requested the council to ban such events as this only causes a menace when no responsibility for cleanliness and maintenance is taken by the organizers. A local person posted using his social media handle that after a while, people started turning up to clean the place including, Samaritans, Clean Up Australia volunteers, and a Muslim volunteer brigade.

Bayside Council has said that it will review the bond paid by the organizer and park hirers and reassess the situation. Mayor Saravinovski said that paying the bill alone is not enough and that the person has to respect the facilities provided in order to use public space. “I am extremely disappointed about this, I want to know why on our annual Clean Up Australia Day, one of our major parks was left looking like the old Tempe Tip,” Cr Saravinovski said. He added, “I would expect that anyone, person or organization, holding an event in our parks would respect these valued community facilities.”

He has also called up an urgent review on what are the charges that are levied on organizing such events and how much does the clean-up job takes after the event. With respect to the same, there may be some revisions that will be done in the charges to discourage activities like the park menace. Mayor has hinted that some extra fee might be charged in order to keep a control which will be refundable if all the rules are followed and premises are well kept.

A fun loving gal set in her own ways. Embarking on a journey to make a name. Write such that someone else can write about you! Cheers!
@ratan_sugandh
Previous Credentialed Community Language (CCL) Test and How it helps in Scoring Extra for PR in Australia
Next Mini Adventures in Hobart, Tasmania