Latest data suggests that soon Australia will become the world’s 11th biggest economy as the population grows. The data suggest that Australia will soon reach this position by the year 2026 as there will be a substantial increase in the workforce by then. The London-based Center for Economics and Business Research is forecasting Australia will move up by two positions from 13th position that it is currently at to 11th position.

The centre further says that the countries which depend upon manpower to drive their economic growth will soon take over those countries that depend upon given resources or natural resources to reach a good economic level. The changes related to this will be seen by the year 2030. Where on one hand it is being argued that Australia’s current economic growth is being driven by its natural resources, the country is also continuously attracting talent to itself with rating high on the inward migration. The migrants and talented minds shall fuel the growth too much extent. 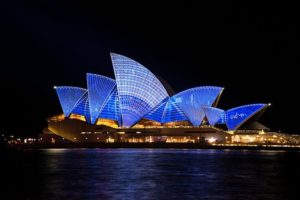 The center’s 2018 World Economic League Table said, “The growing population means the economy is forecast to rise from 13th largest in 2017 to the 11th largest economy in 2026”. But the increase in population will call for the need to invest in infrastructural facilities as well. In the year 2015-16 alone, Australia took in more than 190,000 permanent migrants most of who come under the skilled category. This figure clearly depicts the attraction that is of Australia among the migrants which are definitely growing year by year.

However, some surveys have suggested that the take-ins should be cut down a little to make sure that the pedigree of the migrants is maintained at high levels. A survey published by the Australian Population Research Institute in October showed that three-quarters of Australians believe the country doesn’t need more people and nearly half supported a partial ban on Muslims migrants. The institute believes that the results are driven by the quickly changing ethnic structure of the society in recent times and how migration has affected the quality of life in Australia.

But the Center for Economics and Business Research’s report suggests that with the digitization of everything around us, this wave is all set to power the world economy by 2032, countries will need creatively enhanced workers and one of the best ways to get them is through migration. It also suggests that as time progresses, we will rely more on the alternative fuels and not natural ones thus causing the energy prices to fall steeply. This will cause a problem for resource-rich countries as they will fail to diversify if they remain dependent upon the natural sources. Thus countries with minds will take a lead.

Close neighbors of Australia will also see a boom in their economy by 2030. Indonesia and Korea are expected to enter the top 10 of the world’s biggest economies by 2032, with Taiwan, Thailand, and the Philippines all on track to enter the top 25.

A fun loving gal set in her own ways. Embarking on a journey to make a name. Write such that someone else can write about you! Cheers!
@ratan_sugandh
Previous Understanding Assessment Level to obtain Work Visa in Australia
Next Education Minister Advices to Study Uni Courses Carefully