International student graduated in Australia now need to score at least 85 points on Skill Select while they submit their Expression of Interest (EOI) to be hopeful of getting an invitation to apply Australian permanent residency visa 189. Invitation round on 11 November 2019 result outcome makes it clear candidates who have point score below 85 on their EOI may not get an invitation to apply for 189-visa in the near future. The point scores and date of effect cut off for the pro-rata occupations shows a green signal for 85 plus points scorers for an invitation in next couple of invitation rounds. Many engineering and information technology occupation’s log seems not that long for 85 points. But, accounting professionals would suffer the most. 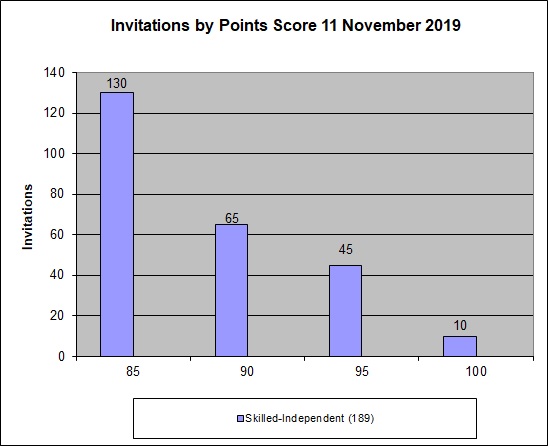 Besides this 189-subclass skilled independent visa, different states and territory governments nominated 3581 candidates for skilled nominated visa subclass 190 from July to October this year. Another 3946 candidates were nominated for skilled regional provisional visa subclass-489 visa, which is the pathway to Australian permanent residency. These figures are evident there is a better likelihood to get a nomination from state and territories if international students and migration aspirants meet their criteria for nomination.