Nepalese Australian have given a new name to Australia ‘the eighth state’ that reflects their strong tie with their home country Nepal. With the rising Nepalese population, Australia does not feel overseas for Nepalese. No matter they are living in Australia or in Nepal.

The majority of Nepalese Australians migrated into Australia as international students and attained permanent residency and citizenship later. Nepali international students could find studying in Australia a challenging experience at first, especially since English is not our first language. Later, it would be not much challenging, as Nepalis are quick learners. This article would give you a snapshot of Nepalese living in Australia. 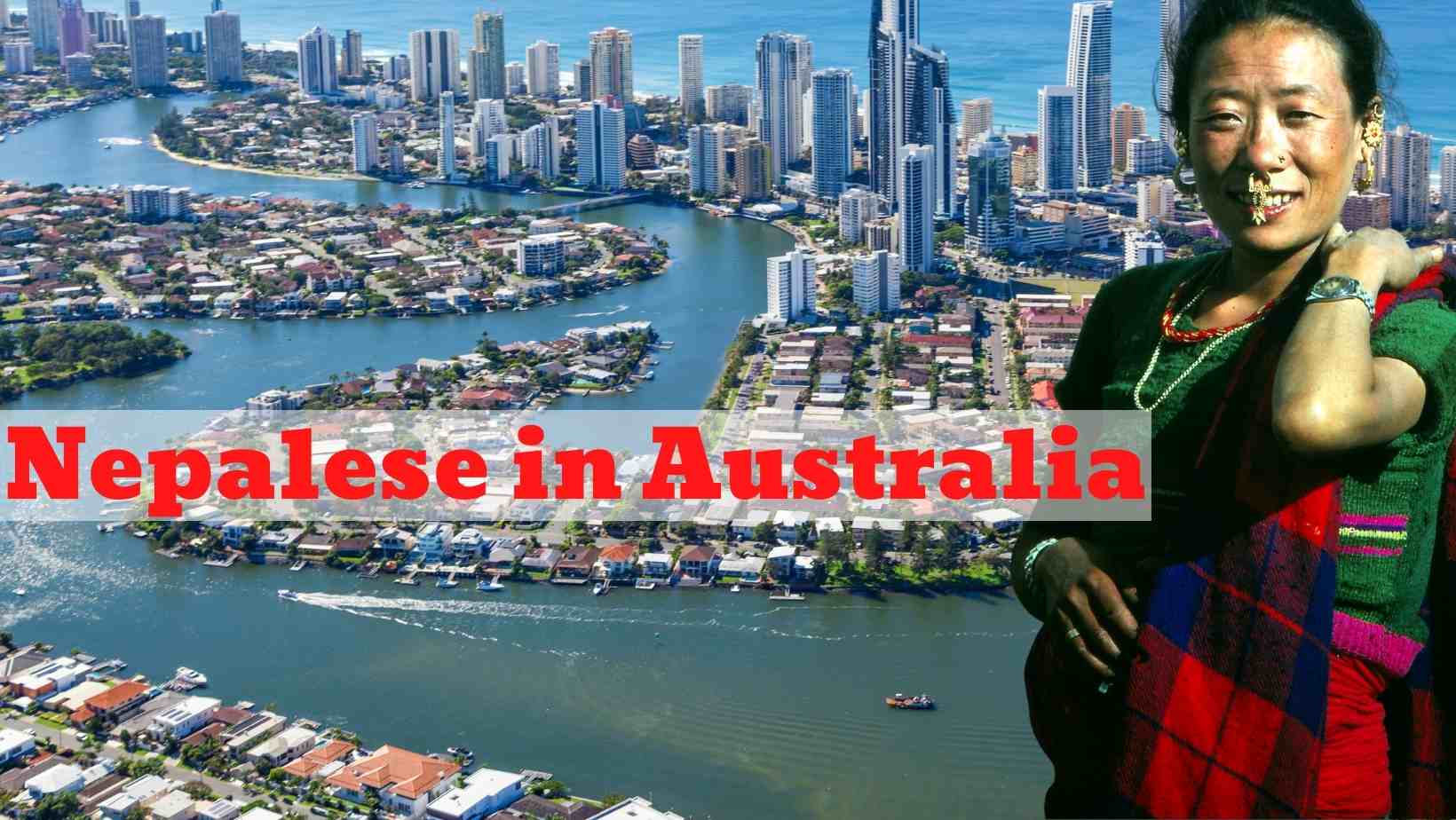 How many Nepalese Students are in Australia?

How did the Nepalese settle in Australia?

Number of Nepalese Australians in Australia

The number of Nepal born Australian residents were 117,870 in June 2019 reached was more than four times the number in June 2009 (24,820). The Nepalese Australian community is Australia’s eleventh largest migrant community.

What occupation do Nepalese Australians do?

Healthcare is one of the charming occupations for Nepalese living in Australia. Good and incremental payment and flexible work options are appealing factors for Nepalese living in Australia. Besides nursing and healthcare majority of Nepalese are involved in the hospitality sector. As an international student in Australia, many Nepalese has passed through the kitchen and other hospitality roles but gradually they join professional jobs once get permanent residency.

Basically, Nepalese Australian’s migration journey begins with enrolling on a professional course but end up working in sectors that are distant from the professional reach. And, once they get settled in Australia they bounce back to their professional occupation. In recent years, many Nepalese has joined agent or middlemen roles such as Mortgage Broker, RealEstate Agent, Insurance Agent, Education Agent, Migration Agent etc.

Considering the migration situation based on the Skill stream and the grants of Temporary Resident (Skilled Employment) visas to Nepalese, the Home of Affairs of Australia created the following table based on the survey of 2019-2020.

Following is the occupation and number of Nepalese who got permanent residency in Australia through skilled migration pathway in 2019-2020.

Accounting is the most sought course and occupation in Australia. The majority of Nepalese students in Australia enrol on accounting courses. As this course leads toward professional accounting services and jobs there are many Nepalese across Australia working as Tax agents or accountants. From the aforementioned table, we can draw a picture that Nepalese Australians are involved in Accounting, Nursing, Hospitality and IT occupations.

Nepalese in Accounting in Australia

The accounting profession is one of Australia’s fastest-growing occupations. There are many career options available to students who study accounting in Australia. The minimum qualification for becoming an accountant in Australia is a bachelor’s degree. The MPA (Master’s in Professional Accounting) program will also open excellent career prospects for you. Accounting students can work at positions like Corporate Treasurer, External Editor, Taxation Accountant, General Accountant, Management Accountant, and more.

Australian accountants make around AUD75,000 on average. Therefore if you see the above table in the figure, the number of migrants in Australia as accountants are 650. Similar to the accounting profession, another charismatic profession is nursing. Its highly efficient healthcare industry puts it among the world’s top destinations. Generally viewed as the most favourable occupation by international students studying in Australia, the nursing profession; no doubt high on demand.

Nepalese in Nursing in Australia

There is an increased need for skilled medical employees in Australia due to the growing population. The Future Health Workforce of Australia estimated that it would require 123,000 nurses by 2030. Therefore, the right time to apply for a nursing course offered by an Australian university is now if you are passionate about helping others and possess all the required skills. Among the more popular nursing professions on the list are Nurse Practitioner, Nurse (Critical Care and Emergency), Registered Nurse (Aged Care), Nurse (Disability and Rehabilitation), Nurse (Developmental Disability), and Midwife. In 2019, the number of registered nurse migrants was nearly 564 in comparison to 2017-2018.

In Australia, you will find a wide range of jobs in every sector you can imagine, so if you plan to move there shortly, there’s no limit to the types of jobs accepted – and of course, those types change year to year.

The number of available places has reduced from 2019 (probably because of the Coronavirus epidemic), but several occupations are still open. Economic growth needs restoration in Australia. A standard method of addressing skills shortages is to invite migrants to fill vacancies. Although you may not possess a qualification on the list of jobs, you might still be able to apply for a job listed on the list by taking a course up to a certain level.

Where do Nepalese Australians live?

A picture backgrounding Sydney opera house and Harbour Bridge is a must for Nepalese. For many Nepalese back home, Australia and Sydney are synoname. But, not all Nepalese in Australia living in Sydney.

Where do the Nepalese community live in Australia?

Read Also: Nepali- The Second Most Spoken Language in Tasmania

It seems Auburn, Rockdale, Hurstville are more popular with Nepalese in Australia who are on temporary visas. Once settled in Australia many Nepalese started buying homes in Minto, Scholfield, Marsden Park, etc, Sydney suburb.

Recently, many international students moved into Tasmania, Canberra and Darwin to be eligible for Australian permanent residency. That increased the Nepalese population in those areas. Melbourne, Brisbane, Adelaide were always the choice of Nepalese to start their Australia migration journey but Sydney by the majority.

While talking about the Nepali language, Tasmania is far ahead. Tasmanian households speak Nepali third most frequently after English and Mandarin. It’s because of the Bhutanese settlement.

Previous Buy a home for just 1.57 Australian Dollars in Italy
Next A comprehensive guide to PTE Academic Test change: know the changes in Reading, Listening, Speaking and Writing