Thousand invited for 189 visa in January 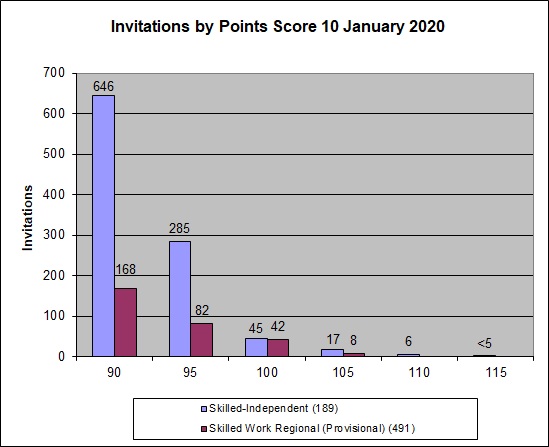 The invitation round result confirms there were some candidates claimed 115 points on SkillSelect. Though the number is quite low, its evident that 115 point is achievable. Even 105-point also seems practical to achieve; there were 17 candidates who got invited on 10 January round who claimed 105 on their SkillSelect. The round result is evident that 90 points on SkillSelect seem a general need to be hopeful for an invitation. For all pro-rata occupation 90 points were minimum points for that round.

Though January round, first round in the year 2020, invited fourfold more candidates than December round but, still hopeless round for many international students and skilled worker aspiring 189 visa. Australia invited 4200 candidates for 189 visa in seven months altogether. Only 914 candidates invited to apply for skilled nominated visa subclass-190 visa in six months July to December 2019. Subclass-190 is also state nominated permanent visa.