One Nepalese boy has seriously injured in a boozy brawl unfolded about 12.30am Monday 1 April 2019 at George Street, near Park Street, Sydney, Australia. Anish Shahi aged 22 involved in the violent brawl is being treated for fractured skull and bleeding on the brain. And another his friend Marak Limbu remains in police custody.

The violent fight between four young men began when the 21-year-old Sean Skudder with his brother 23-year-old Teejay and 22-year-old Anish Shahi with his friend 25-year-old Marak Limbu were crossing the road.

The argument between two parties drunk already escalated and resulted as a physical altercation. Skudder punched on the head of Shahi knocking down him to the ground was handcuffed and taken into police custody. 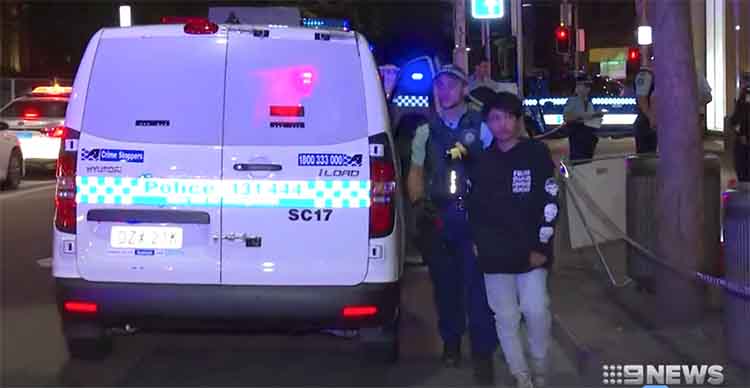 The brawl left three out of four involved injured and now all have been charged for their doing. What NSW Police Commander for major events and emergency management Gavin Dengate said with reporters is now all four men are losers.

The NSW Police said in a statement, those men, aged 22 and 23, were taken to St Vincent’s Hospital, and the younger one is getting treatments for head injuries under the police guard. Teejay has been released from the hospital after the treatment for lacerations to his chest. Sean has been charged with affray, and recklessly inflicting grievous bodily harm and Limbu charged with affray, and reckless wounding after it’s alleged he slashed at the men with a box-cutter.

Here is 9 News’s coverage on the incident:

Police are warning that consequences for a vicious drunken brawl in Sydney’s CBD are likely to last, with three men being charged and a fourth under police guard in hospital.

Anyone with information about this incident is urged to contact Crime Stoppers: 1800 333 000 or https://nsw.crimestoppers.com.au. Information is treated in strict confidence. The public is reminded not to report crime via NSW Police social media pages.

The British monarch is intended to be a non-partisan, impartial head of state. As heir, …