A Nepalese arrested in hit and run case

In America, Baltimore County Police has arrested a Nepalese man in connection with a road accident that killed a Towson University student Mzimazisi Ncube, 20, on December 8. The police have unveiled the identity of the suspected involved on the deadly hit and run case is 36 years old Man Bahadur Gurung.

Police said investigators with the help of local community were able to reach to the suspect.  Baltimore Police further said they found evidence that linked the car the gray 2017 model Toyota Tundra and the Nepalese man Gurung to the road crash leading death of the university student. 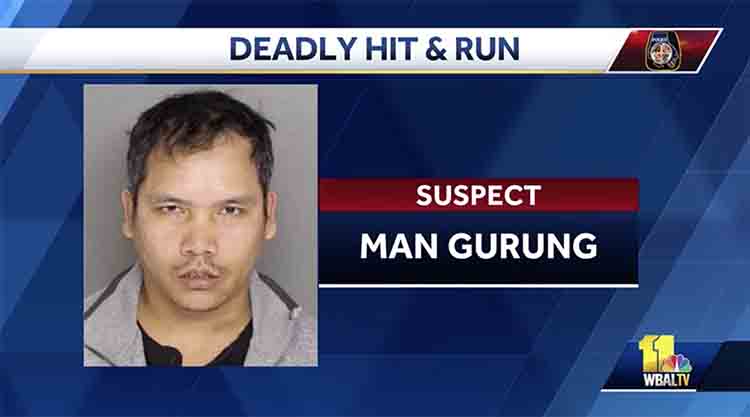 The investigation is still ongoing regarding the cause of a crash, whether was speed or alcohol according to the Baltimore County Police. According to the police on December 8, the 20-year-old university student Ncube was crossing North Charles Street south of Ruxton Ridge Road whilst a Toyota truck hit him on the driver’s side and ran from the scene.

Now, Gurung has to face four charges regarding the to the crash happened on December 8, including failing to remain at the scene of a fatal accident. Baltimore County Department of Corrections denied the bail.

Video report about the arrest

Previous Using mobile behind the wheel, not a good idea
Next Nepalese embassy is on the list of shame