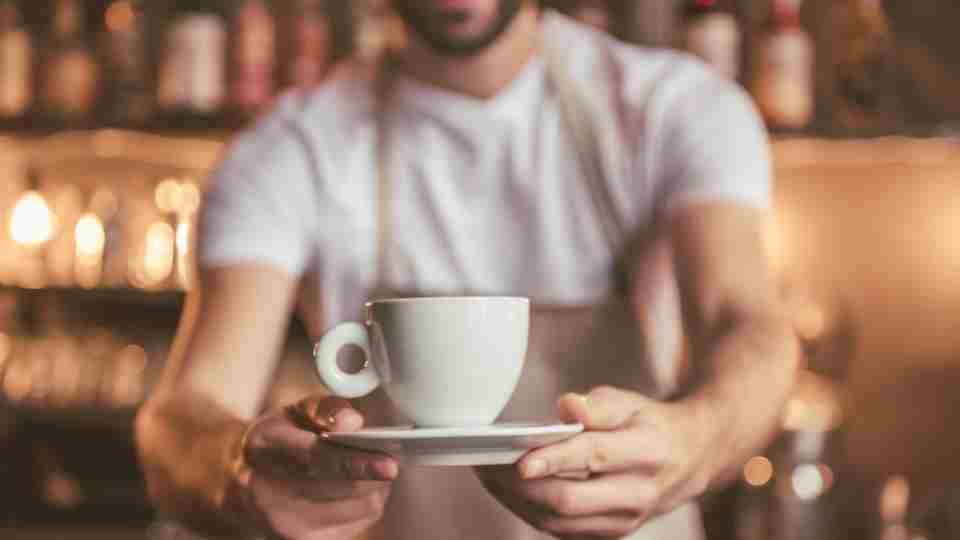 Industry seized on this as the answer to skills shortages that have resulted from Australia’s border closures. The Australian Chamber of Commerce and Industry called for a near doubling of the skilled migration program, to around 200,000 annually over the next five years.

In the same week, the National Centre for Vocational Education Research (NCVER) released a report that showed a 35% increase in the number of Australians enrolled in courses linked to apprenticeships and traineeships, compared to the start of the pandemic. But the news seemed to fly under the radar.

This significant rise in training may not satisfy those who want a quick solution to the skills shortages. But growth in Australia’s vocational education and training sector is a more sustainable way of filling the gaps.

Where are the skills shortages?

Earlier this year, a NSW and federal government report suggested increased skilled migration would be a big part of Australia’s future success after a pandemic-induced fall in migration and population growth.

More recently, Infrastructure Australia anticipated skilled job shortages could rise to around 100,000 by 2023. It argued Australians needed an urgent skilled migration program but that some skills shortages were likely to persist in the significant post-COVID infrastructure boost.

A June 2021 ABS survey showed more than a quarter (27%) of Australian businesses were having difficulty finding qualified staff. Among the skilled trades, these were mainly in hospitality, sales, transportation, construction and mining.

Many pubs, cafes and restaurants are struggling to find staff, with some desperate bosses even offering huge cash payments to would-be workers. pic.twitter.com/52G65H834L

But there are many issues with relying on migration to fix these, beyond a decrease in international travel due to COVID.

Migration not the magic bullet

Demographer Liz Allen has argued the migration effort may be problematic due to more aggressive international competition to attract needed workers, such as in health care, and Australia’s reduced attractiveness as a destination.

Meanwhile, an aggressive migration strategy may not be politically palatable. Research shows only 19% of voters agreed with the government’s long-term migration target. The rest supported lower levels, including 28% who wanted nil net migration.

‘As well as shifting public perceptions about migration, the latest survey suggests Australians are more supportive than they were almost a decade ago about a positive role for government in supporting local manufacturing.’ https://t.co/u7dDBJjzRC #auspol #immigration

Another argument made by the likes of Reserve Bank governor Philip Lowe is that a lower population leads to tightening of labour markets, fewer unemployed and employers improving wages and conditions causing employment participation rates to rise.

So, what’s a better way to fill the skills gap?

Apprenticeships and traineeships on the rise

Apprenticeships and traineeships enable individuals to work and learn on the job while they complete a nationally recognised qualification.

#FridayFact: The number of apprentices and trainees in-training as at the 31 March 2021 increased to 20.7% since the same time last year

Commencements in traineeships and apprenticeships increased by 28.5% to 186,745. Of significance are increases such as 45.1% in the 25-44 years group and 58.2% in the over 45 years group. This raises the possibility they are re-training or upskilling, perhaps precipitated by the pandemic.

The growth rate in commencements was approximately the same in trades and non-trades. In trades, technical staff in IT, engineering and science recorded the greatest growth rate. In non-trades, this was for managerial/professional and administrative roles. These are some of the roles identified as being in current shortage or expected to be in strong future demand.

More Australians training up since pandemic

One reason for this increase is that during the pandemic, federal and state governments increased spending in re-skilling initiatives. Government programs included the Boosting Apprenticeships Commencements program (and its expansion) and JobTrainer, which gave 17-24 years looking for work a way to study a course in high-demand sectors for free or by paying a low fee.

Another reason may be that a record number of people meeting the shock of the pandemic have either quit their job or are thinking about doing so in developed economies. More than 19 million US workers have quit their jobs since April 2021.

A record number of employees are quitting or thinking about doing so. Organizations are struggling to address the problem, and many will continue to struggle for one simple reason: they don’t understand why their employees are leaving in the first place ➡️ https://t.co/1tdMqkfcvK pic.twitter.com/ke7fjZTuOn

Recent ABS unemployment data shows fewer Australians are applying for jobs or participating in the workforce. In September 2021, the participation rate fell by 333,000 people and hit a 15-month low, with just 64.5% of people aged 15 and over currently working or actively looking for work.

These data suggest some Australians, whether voluntarily or not, are enrolling in VET courses to retrain themselves for new jobs.

There is growing evidence the increase in apprentices and trainees will help alleviate skills shortages in sectors of the economy flexible enough to take them on — and patient enough to see them trained through the system. Traditionally, these are sectors which have been more exposed to market volatility such as mining and construction.

A recent Grattan Institute report suggests most skills shortages in a market economy are likely to be temporary. It argues our flexible labour market and relatively demand-driven higher education and VET sectors should lead to increased supply of most in-demand skills over time.

The Federal Government should reset the permanent skilled migration program to favour young, high-skilled workers that bring the biggest economic benefits to Australia.

A federal report estimates that to make up for skills shortages caused by an ageing population, there needs to be an annual migrant inflow of as much as 400,000. This is much higher than what employers are calling for. This means even with migration intakes, there is still a key role for domestic training to make up the projected skills gaps.

But for this to happen, the momentum in skills system innovation recommended in the Joyce Review — to ensure the VET sector can keep up with rapidly changing industry needs — should be accelerated.

The federal government will need to continue working with states and territories, the training sector and industry on VET reform to ensure it is ready for the technological and demographic changes to work. For example, the fourth industrial revolution is disrupting traditional Australian jobs and workers are growing increasingly worried they will be displaced by technology.

It is unlikely earlier efforts to meet the requirements of these skills (such as by sending employees overseas to train at Industry 4.0 centres of excellence) will be as easy as before. Our research has shown that besides human capital (knowledge that exists in individuals), innovation in Australia is also driven by social capital (knowledge that exists in groups and networks), which is harder to import.

Hence the need for Australia to develop adequate self-reliance in skills that cannot be easily imported.

If the trend of apprenticeship and traineeship commencements continues to rise to where they were about a decade ago, this may help address the skills shortages. This will still be in the medium to long term as it takes time for people to be trained and qualified.