All you need to know about Nepali Congress Party

Nepali Congress is Nepal’s oldest political party and a prominent democratic political force. As a result, the Rana rule in Nepal was abolished in 1951. The party-less organization opposed the Panchayat System and the active role of Nepalese King, His Majesty King Mahendra’s direct governance of the Himalayan Kingdom. Nepali Congress was opposed communism and active kingship in Nepal. Representative democracy is adhered to. Representative democracy has been part of the democratic elections in Nepal. At the first general election in 1959, it won most seats. In subsequent general elections, it stayed in first or second place. Analyzing the NC’s position in Nepalese Politics and elections is the subject of this article.

Democrat activists in exile who had fled the Rana oligarchic regime that had ruled Nepal for 100 years founded the Nepali Congress on April 9, 1950, in Calcutta, India. With the NC cadres as the vanguard, the Rana regime fell under pressure from the newly independent India in 1951. A 1959 election led to the NC forming the first elected government, but internal struggles prevented effective administration. When King Mahendra established the Panchayat System which was a partyless democratic system as said. And king used to rule the country directly in 1960, the party found itself outmaneuvered and got underground. A gathering of Congress activists re-ignited the democratic movement in India through both peaceful and armed means. 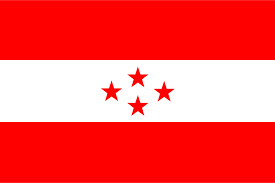 As part of the nationwide People’s Movement launched in 1990, the NC partnered with seven communist parties. And, King Birendra promulgated a new constitution including multi-party democracy as a fundamental.  Through its resounding victory in the 1991 elections, Nepali Congress formed the majority government following the success of this mass uprising. A nine-month minority government led by the Communist Party of Nepal-Unified Marxist Leninist (UML) ended with the NC second in the 1994 mid-term elections.

Two coalition governments formed before the NC won the 1999 elections. Both BP Koirala and Sher Bahadur Deuba were previously Prime Ministers of Nepal when the NC split in 2001, with the Nepali Congress led by Girija Prasad Koirala, the brother of NC’s first leader. Both had served as Prime Ministers before, and the split reflected personal rather than ideological differences. After the separation in September 2007, the factions reunited.

The ideology of Nepali Congress

Democratism and socialism are their ideologies. Democratic socialism was adopted as the party’s ideology for socioeconomic reform in 1956. Nonalignment and good relations with India were the priorities of its foreign policy. From the mid-20th century, the party embraced mainstream social democratic policies, but from the late 1990s began moving closer to the political centre, abandoning some of its earlier social democratic policies for policies like the Third Way.

Position in the house of Nepali Congress 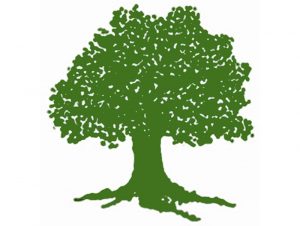 According to the Nepali Congress, all seven provinces were in opposition following the 2017 provincial elections. Congress suffered a setback in hilly areas because of a left alliance between the CPN (UML) and CPN (Maoist Centre) before the elections. In Province No. 2, which had long been a bastion for Congress since 1990, the FSF-N and RJP-N formed an alliance which resulted in defeat for Congress.

Due to disagreements in vision and ideology, both parties faced internal turmoil and split in 2021, forming the erstwhile parties.

Most states subsequently led to Congress forming unions with the CPN (Maoist Centre) and a faction of the PSPN. A collaborative government led by Congress now governs Gandaki, while it is a crucial coalition partner for provincial governments in Province No. 2 and Lumbini.

Therefore the current position of the Nepali Congress is centre to centre-left while the total members of the party as of 2021 are 852,711.

Why do people choose Nepali Congress?

The function of Congress is to represent the people, perform oversight, assist constituents, and educate the public. According to the agendas, the relationship between the public and legislators is defined by the Congress and citizens paradigm.

Previous I’ve tested positive to COVID. What should I do now?
Next Omicron Crisis – Nepalese Travel guidelines for European travellers