Sick notes from Chemists on rise

Employees have been indulging in getting sick notes from chemists for taking leaves from office on account of being sick. Skipping the long lines at a GP’s place, people are now opting for the easier way by taking sick notes from pharmacies. This changing behaviour has alarmed various employers about the authenticity of the same. A sick note issued by a pharmacist doesn’t mention the illness that the person is suffering but merely the fact that they should rest for the specified number of days.

These “absence from work” forms are easily available at most of the major pharmacies and can be purchased for $20. In fact, online services have been started too for these certificates where a person can get a sick note without a face to face personal consultation. These work certificates can be issued for personal and carer’s leave. The service is also completely legal as per the Fair Work Act of 2009. Furthermore, it doesn’t put any conditions as well on the certificates that the pharmacies can give. 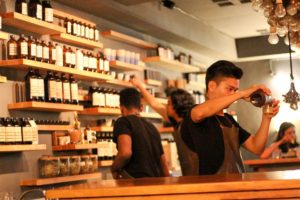 According to recent findings, employers are sceptical about these sick notes and feel that they are not sufficient proof for a person of being unwell and hence not able to attend office. Since these sick notes are being issued by pharmacists, questions are being raised as they are not qualified to suggest an ailment for illness by themselves. Furthermore, these sick notes don’t have any mention of the ailment person is suffering from but only the time fame for which the sick note is valid.

Guidelines from the Pharmacy Guild of Australia and the Pharmaceutical Society of Australia state clearly that pharmacists should be very careful about handing out sick notes to people asking for them without good reason. The ailment should be identified properly and only after being fully satisfied with the authenticity of illness should a sick note be issued. A pharmacist should also identify that the ailments should be under there area of practice. The decision to charge a fee or not should also be taken carefully based on whether the only consultation has been done or other services have been provided. The fee charged should clearly represent the services provided.

A 2014 survey by Direct Health Solutions found out that absenteeism costs Australian industry a whopping amount equivalent to $33 billion annually. Hospitality stood with the highest absenteeism rates at more than 11 days per year against an average of 9.5 days annually.

A fun loving gal set in her own ways. Embarking on a journey to make a name. Write such that someone else can write about you! Cheers!
@ratan_sugandh
Previous Free 29 iPhone X scam
Next Skills required to be enlisted for a job in Australia

How to save money for a first home deposit

Up to 1100 dollars payment for international students studying in Victoria

International students in Australia are one of the most suffered communities by COVID-19, the global …