Recent reports and studies have claimed that the trust of the general public in politicians seems to have declined than before. The general impression of politicians on public doesn’t seem to be positive as of now and is seeing a declining trend as far trust factor is concerned.

Scanlon Foundation has made a new research which claims that people are not positive about the political scenario and have lost confidence in the politicians for making the right decision. The general sentiment towards the politics in any place is not favorable as of now but this report claims it to go down even further. The research has been made by collecting data over 10 years’ time frame. The quality of government and political leadership have been among the top-ranked issues for respondents over the past seven years continuously, but recently around 10 percent of Australians putting it second only to the economy in 2017. 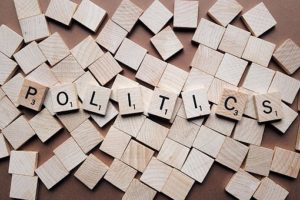 The study suggests that people measure the political situation on the scale of self-comparison with their own personal circumstances. 30 percent of the respondents in the study said that they have trust in the political system However this number fell to just 13 percent in the bracket where people considered themselves as “poor” or “struggling to get along with the society”.

Currently, Australia is all stacked up against its international partners and in this situation, it is not favorable for the nation that this pessimistic outlook continues. According to studies conducted by the Pew Research Center, about 70 percent of Canadians are satisfied with the state of democracy and have confidence in the political system. However if the same is seen among Australians, it’s merely 58 percent which in itself is a worrying number.

The Scanlon report further shows 67 per cent of Canadians say they trust their national government and their processes, while the same reports show less than half of Australians surveyed share that belief and have negative views towards the decision-making capacity of the political structure in the country.

A fun loving gal set in her own ways. Embarking on a journey to make a name. Write such that someone else can write about you! Cheers!
@ratan_sugandh
Previous Changes in Education System From 2018 in Australia you need to Know
Next Australian Airlines among the Safest Airlines in the World