A man died after being struck by a train at Marrylands

In a Sunday early morning, a man has died after being hit by a train in Sydney’s western suburb of Marrylands.

Emergency services were called to Railway Terrace around 2 am Sunday 24 November 2019, where they found the man suffering from critical head injuries. The man died at the scene.

Police said they are investigating reports two other people may have also been in the rail corridor at the time the man was struck. 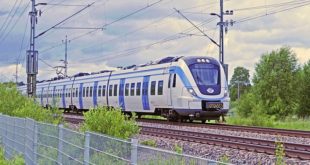